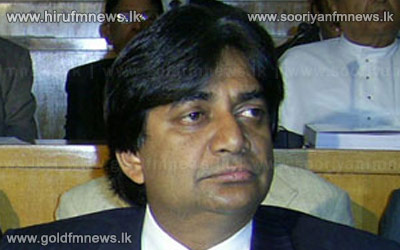 The UNP presented a no confidence motion in parliament against Minister of Foreign Employment Promotion and Welfare Dilan Perera today.

The motion was presented yesterday to the General Secretary of the Parliament by UNP MP Ajith P. Perera.

The no confidence motion was signed by 14 UNP MPs including Joseph Michael Perera, Lakshman Kiriella and Champikaa Premadasa.

Rizana Nafeeq who was sentenced to death in Saudi Arabia was executed on the 9th of January.

However, several hours before the execution was carried out Minister of Foreign Employment Promotion and Welfare Dilan Perera made the following statement in Parliament.