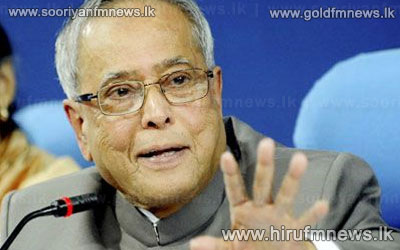 As soon as the President began his Address to the joint sitting in the Central Hall, DMK and AIADMK members raised slogans.

The exact contents of the slogans could not be heard, but apparently they were referring to the killing of the 12-year-old son of slain LTTE chief Prabhakaran.

An unperturbed President, however, is said to have continued reading his speech despite the commotion.

Meanwhile Chief Minister of Tamil Nadu J Jayalalithaa today called off the 20th Asian Athletics Championships scheduled to be held in Tamil Nadu this July, stating that Lankan players had no place in the state.

Jayalalithaa said her government had written to the Asian Athletics Association in Singapore seeking that the Lankan team be desisted from participation considering the "sentiments" of the people in Tamil Nadu, as the Lankan government was "repeatedly acting against the ethnic minorities".

The decision comes a day after Jayalalithaa slammed the Lankan government over the "inhuman act" of alleged cold blooded killing of 12-year-old Balachandran by the Lankan army, which has also evoked a strong condemnation from various political parties in Tamil Nadu including DMK.

Meanwhile addressing today’s cabinet decision media briefing Cabinet Media Spokesperson Minister Keheliya Rambukwella had this to say in this regard.