A clarification about Prabakaran's son to India from Sri lanka. 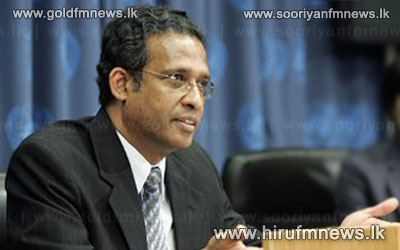 Sri Lanka's High Commissioner in India Prasaad Kaariyavasam says that the currently publicised series of photographs alleging that Prabhakaran's son was killed by the Sri Lankan Security Forces is only a propaganda campaign of LTTE sympathisers.

Making a clarification to India, the High Commissioner said that it has been confirmed that Prabhakaran's 12 year old son Baalachandran had died in a shooting between

the Security Forces and the LTTE.

The High Commissioner attested that, in view of this, there was no necessity at all to conduct an international investigation with regard to it as stated by certain groups.

The High Commissioner said that while there concept of Elam did not exist in Sri Lanka, the concept was restricted only to Tamil Nadu.

The High Commissioner pointed out that we cannot advise India about the way India should vote at the Geneva Human Rights Conference, however, it was a responsible decision of powerful member of the region.