20 dead in bomb blasts in Hyderabad 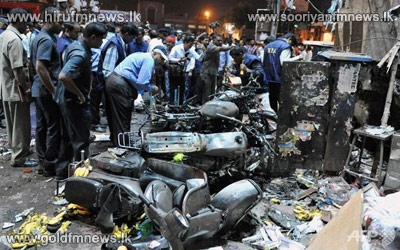 At least 20 people were killed and more than 50 wounded when bombs ripped through a crowded suburb of the Indian city of Hyderabad yesterday in what police called an act of terrorism.

Prime Minister Manmohan Singh vowed punishment of those responsible for the "dastardly act", which came with the nation on alert after the recent hanging of a separatist unleashed protests in the Muslim-majority region of Kashmir.

The bombs targeted a mainly Hindu district in Hyderabad, a southern hub of India's computing industry which has a large Muslim population.

The Australian and Indian cricket teams are due to play there in a match starting on March 2nd.