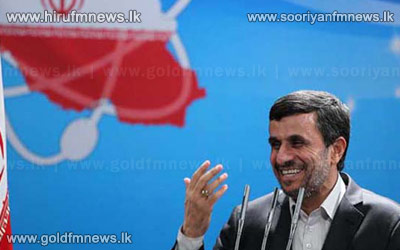 One official said that Iran intended to install around 3,000 of the new centrifuges at Natanz -- where around 12 thousand 500 of the older models are installed -- enabling it to speed up the enrichment of uranium.

This process is at the heart of the international community's concerns about Iran's nuclear programme, since enriched uranium -- at high levels -- can be used in a nuclear weapon.