Min. Pavithra denies that Norochcholai is to be sold 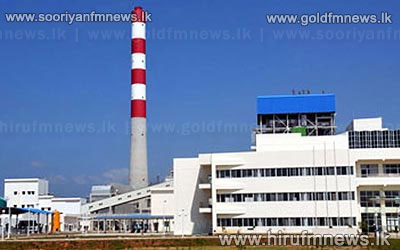 The United National Party today accused the government of attempting to sell the Norochcholai coal power plant over to China.

UNP MP Hareen Fernando expressing his views to our news team hurled this accusation at the government during a media briefing which was held in Colombo today.

Meanwhile the New Indian Express in its web site states that India's National Thermal Power Corporation has informed the countries government that it cannot accept fresh terms set by the Ceylon Electricity Board for its proposed 500-MW project in Sri Lanka.

Indicating its willingness to withdraw from its maiden overseas venture, the state-owned power generator has sought permission to pull out two of its top functionaries from the island nation.

NTPC and CEB had inked an agreement in 2011 for jointly setting up a 500-MW power project at Trincomalee at a cost of over Rs 4,000 crore, but the project is yet to take off due to persistent differences between the two entities.

Moreover accusations of internal instability are being directed at the CEB, due to vacancies in its top positions.

In a bid to verify these accusations our news team contacted the Minister of Power & Energy Pavithra Wanniarachchi, who expressed the following views to our news team.