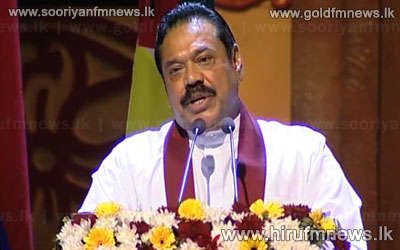 Addressing the Annual Prize giving Ceremony of Trinity College Kandy today President Mahinda Rajapaksa noted that 'school' was the base unit upon which morals were inculcated in the countries future generations.

Moreover the newly constructed surgical facility at the Kandy General hospital was vested in the public by President Mahinda Rajapaksa this morning.

The facility was constructed at a cost of 300 million rupees.