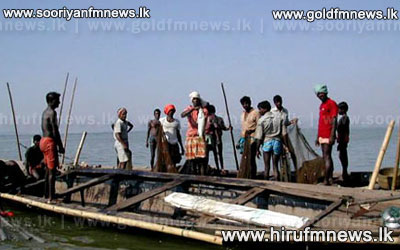 More than 3,000 fishermen are expected to leave for Katchatheevu from Rameswaram today while an equal number of fishermen from Sri Lanka are likely to participate in the annual festival of the island.

Though a religious festival, the St Antony's feast has remained as a symbol of camaraderie between the fisher folk of Tamil Nadu and Sri Lanka.

This year though, the upheaval in Tamil Nadu over the alleged execution of the son of former LTTE leader Prabhakaran and denial by Chief Minister of Tamil Nadu Jayalalithaa to host the games to prevent Sri Lankan athletes from entering the state, tension had filled the air.

But fishermen say that they are hopeful of a peaceful celebration.

However, police have instructed the pilgrims not to carry Indian national flags to the islet.

As many as 3,459 applications were received from the pilgrims across the state from places like Chennai, Tuticorin, Kanyakumari, Trichy and many from Kerala have also applied, the organisers said. Among the pilgrims - 2,477 are men, 446 women, 46 boys and 35 girls.