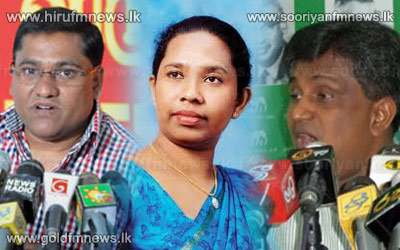 The United National Party as well as the JVP has accused the government for the increase in fuel prices.

UNP MP Ajith P.Perera expressing his views to our news team noted that fuel prices were increased due to the myopic actions of the government & lack of management.

Propaganda Secretary of the JVP Parliamentarian Vijitha Herath also accused the government of planning to increase electricity tariffs in future.

Meanwhile, Minister of Power and Energy Pavithra Wanniarachchi speaking to our news team stated that discussions are underway for a possible increase in electricity fares in the future as well.