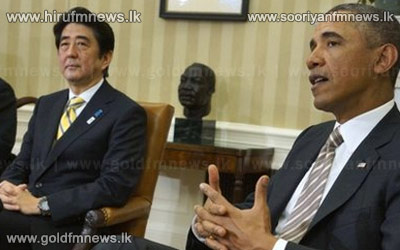 US President Barack Obama pledged with Japan to take a firm line on a defiant North Korea but his administration also tried to calm rising tensions between Tokyo's new leader and China.

Obama promised to work closely with Japanese Prime Minister Shinzo Abe, who came to Washington in hopes of sending a strong signal of unity two months after his conservative Liberal Democratic Party swept back to power.

Obama said the two leaders discussed "our concerns about the provocative actions that have been taken by North Korea and our determination to take strong actions in response."