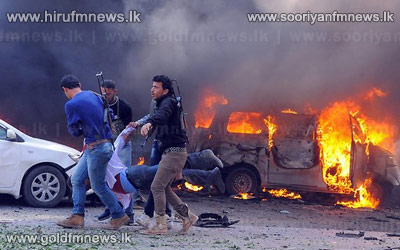 The most prominent Syrian opposition group, the Syrian National Coalition, has announced it is pulling out of the upcoming Friends of Syria meeting in Rome and scheduled talks in Russia and the United States.

After missiles killed dozens in Aleppo yesterday, the SNC released a statement saying the move was to protest the lack of international condemnation of the "crimes committed against the Syrian people".

Syrian opposition leaders will meet in Istanbul on March 2nd to choose a prime minister to head a provisional government that would operate in rebel-controlled areas of Syria.