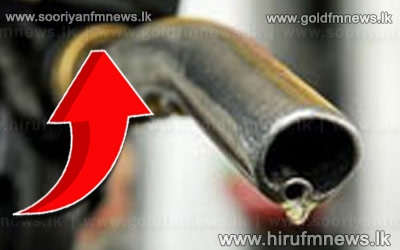 Minister of Petroleum resources Anura Priyadharshna Yapa states that the Ceylon Petroleum Cooperation is unable to issue fuel at concessionary rates any further.

Addressing a media briefing held in Colombo today Minister Yapa noted that the price of fuel was revised in a bid to recover the losses suffered by the CPC.

Subsequent to the latest fuel price revisions, the initial kilometre fee levied by budget taxi operators has been increased from 50 rupees to 60, marking a 10 rupee increase.

Chairman of the All Ceylon Trishaw Drivers Association Lalith Dharmasena expressing his views to our news team noted that the new price revision was already in effect.

Meanwhile the Chairman of the All Ceylon Trishaw Drivers & Owners Association J.S. Jayaruk expressing his views to our news team stated that price revisions to existing trishaw fares would be done in a manner which would be bearable to the customer.

Meanwhile the Fishermen's Conglomerate has urged the government to revoke the fuel subsidy awarded at present and issue fuel in accordance with prices applicable as at 12th of February 2012.