Government should go in for a vote at UN; PNC - Ready to defend country; SF 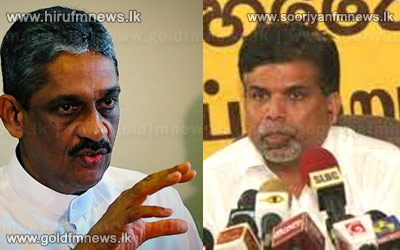 The Patriotic National Movement says that the Sri Lankan government should go in for a vote regarding the resolution that will be brought forward by the US against Sri Lanka at the Geneva Human Rights Session.

General Secretary of the Movement Dr. Wasantha Bandara stated that international media however had expressed a different view regarding the scenario.

Meanwhile, Former Army Commander Sarath Fonseka stated that if a legitimate inquiry is being held against the country he would be willing to defend the country.

However, Cabinet Media Spokesperson Minister Keheliya Rambukwella stated that the government is ready to face any challenge regarding human rights.