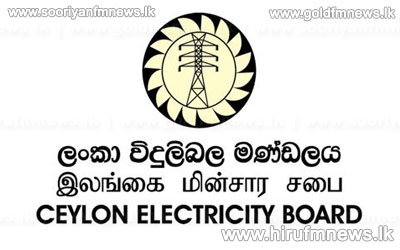 The Public Utilities Commission states that it has not yet received a request from the Ministry of Power & Energy to revise existing electricity tariffs.

The PUC remains the administrative body which sanctions & governs the revision of electricity tariffs.

Director General of the PUC Damitha Kumarasinghe when contacted by our news team noted that the commission had not yet received a request in this regard.

Moreover the PUC has also recommended a reduction in the CEB's annual expenditure column which amounts to 33 billion rupees.

This was subsequent to studying the 2013 expenditure estimate of the CEB.

Director General of the PUC Damitha Kumarasinghe expressing his views to our news team noted that the estimated expenditure of the CEB this year which stands at 268 billion rupees had contained several unwarranted expenditures.