Minister Keheliya Rabukwalla states that the Sri Lankan government is not ready to bow down before the international community. 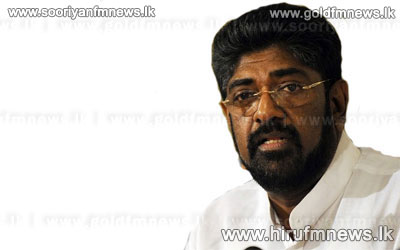 Minister Rabukwalla stated that the government has already achieved many short and medium term goals anticipated by the international community.

Two resolution concerning Sri Lanka are due to be adopted on the 15th & 20th of March.

Meanwhile the government of Sri Lanka has submitted its counter report to the resolution due to be adopted with regards to the island on the 20th of March.

America has already announced that it would be adopting a resolution against the island with the UK & EU has pledging its support.

The decision of India however which voted against the country during last years UN Human Rights Council Session remains to be pronounced.

Meanwhile, A 5-member parliamentary delegation of the Tamil National Alliance, will leave for Geneva to participate in the 22nd session of the United Nations Human Rights Council.

The TNA delegation comprising parliamentarians Suresh Premachandran, Mavai Senathirajah,  S. Sridharan , P Ariyanendran and Selvam Adikkalanathan will be leaving for Geneva on the 28th of February.