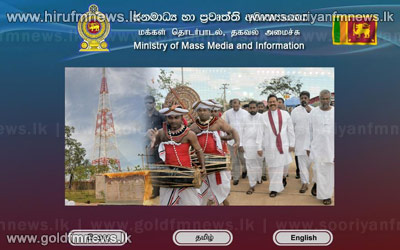 The official web site of the Ministry of Media & Information has been hacked according to the Secretary to the ministry Dr. Charitha Herath.

According to Dr. Charitha Heratha suspicion has been cast that the attack may have been carried out by a group of pro-LTTE sympathisers.

Several key government agency web sites were attacked during the recent past which also includes the web site of the Media Centre for National Security.

Wasantha Deshapriya Director of the Information and Communication Technology Agency of Sri Lanka expressing his views to our news team noted that those who were against Sri Lanka may have launched the attack while the United Nations Human Rights Council is currently underway.

Director of the Information and Communication Technology Agency of Sri Lanka also expressed these views explaining as to how a web site is hacked.