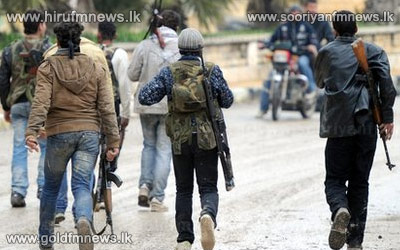 The Syrian opposition has agreed to attend an international summit in Rome, after the US and UK "promised specific aid" to the Syrian people.

The group had previously announced it would boycott the talks because of "the world's silence" over the violence.

US Secretary of State John Kerry and British Foreign Minister William Hague earlier confirmed there would be more support for Syria's opposition.

The Syrian opposition's announcement came amid reports of a deadly explosion and heavy fighting in an eastern part of the Syrian capital, Damascus.