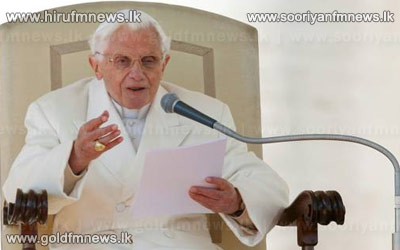 Pope Benedict the 16th will hold the last audience of his pontificate in St Peter's Square today on the eve of his historic resignation as leader of the world's 1.2 billion Catholics.

Tens of thousands of pilgrims are expected at the Vatican to bid a final farewell to an 85-year-old pope who abruptly cut short his pontificate by declaring he was too weak in body and mind to keep up with the modern world.

The Vatican says 50,000 people have obtained tickets for the event but many more may come and city authorities are preparing for 200,000, installing metal detectors in the area, deploying snipers and setting up field clinics.