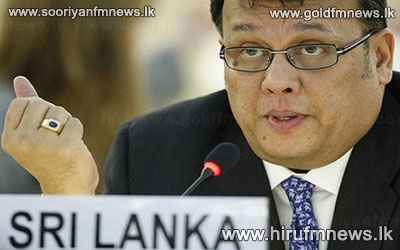 Speaking at the 22nd session of the UN Human Rights Council leader of the Sri Lankan delegation Minister Mahinda Samarasinghe requested the international community to look at Sri Lanka and its actions in their totality in a spirit of objectivity and impartiality.

The Tamil Nadu ministers who represent the Indian Raj Sabha has proposed the debate and speaking during this debate, Indian foreign minister Salman Kurshid stated that constant attention will be focussed upon Sri Lanka in future.

Meanwhile, The United States expressed disappointment over Sri Lanka's slow progress towards achieving reconciliation and accountability after the end of the war.

The Assistant Secretary for South and Central Asian Affairs at U.S. Department of State Robert Blake expressed these observations in Capitol Hill at the hearing of the Subcommittee on Asia and the Pacific of the House Committee on Foreign Affairs in response to a question raised by the Chairman Steve Chabot on U.S. policy in Sri Lanka