Sri Lanka in not an enemy; says India. 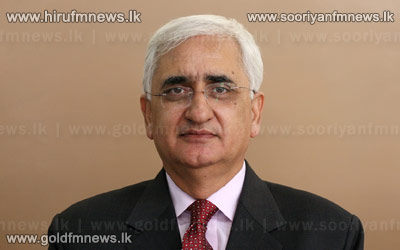 A debate on Sri Lanka was held at the Indian State Assembly yesterday.

During this debate the Tamil Nadu MPs had expressed their protest saying that the 13th amendment to the constitution was not implemented fully and that injustice was being meted out to the Tamil community in Sri Lanka.

However at this debate the Tamil Naadu MPs asked the Indian Foreign Minister what guarantee India should give to ensure that the 13th amendment would be implemented.

The Indian Foreign Minister responded as follows on that occasion.

However Former Army Commander DNA leader Sarath Fonseka says that he firmly refutes the charges levelled against the Sri Lankan Forces with regard to the humanitarian operations that had been carried out.

The DNA leader said so while participating at a people's rally held in Kotte yesterday.

Meanwhile, The United States expressed disappointment over Sri Lanka's slow progress towards achieving reconciliation and accountability after the end of the war.

The Assistant Secretary for South and Central Asian Affairs at U.S. Department of State Robert Blake expressed these observations in Capitol Hill at the hearing of the Subcommittee on Asia and the Pacific of the House Committee on Foreign Affairs.