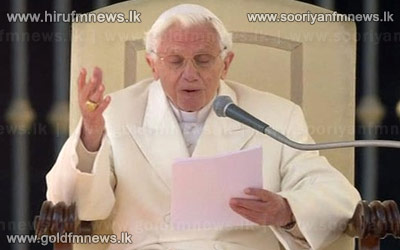 Pope Benedict the 16th  was spending his last night in his Vatican apartments after bidding an emotional farewell yesterday to some 150 thousand pilgrims in St Peter's Square on the eve of his historic resignation.

The German pontiff was greeted with chants and cheers, and huge banners carried messages such as "Benedict, we'll miss you!" and "The pope is the heart of this city!"

In his speech, the 85-year-old spoke of "stormy waters" in an apparent reference to the multiple scandals that have plagued his reign, and said he had decided to resign for the good of the Roman Catholic Church.