3 suspects in the acid attack on the ayurveda commissioner identified 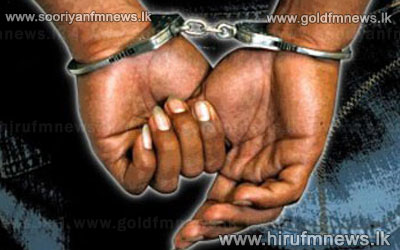 The police state that they have identified the 3 suspects in connection to the acid attack carried out on the North Central Provincial Ayurveda Commissioner Dr. Kumara Alwis.

Police sources stated that the attack was carried out based on a contract issued by another Ayurveda doctor in the North Central province itself.

Investigations have revealed that the ayurveda doctor who is the suspect was not in good terms with the North Central Provincial Ayurveda Commissioner Dr. Kumara Alwis concerning an issue regarding positions and designations.

Speaking to our news team a police officer involved in the investigation stated that a team of officers have been dispatched to apprehend the suspects.

Meanwhile Anuradhapura Chief Magistrate Ruwandika Marapana instructed the police to provide a progress report regarding the investigation when the case was taken up for hearing today.

She has also issued instructions to the Anuradhapura division of the CID to immediately apprehend the suspects.

Speaking to our news team the director of the Colombo Eye Hospital, Dr. Sisira Liyanage, stated that doctors are currently trying to restore the commissioner eyesight.