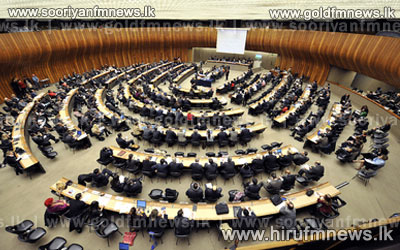 The United Nations Human Rights Council has disassociated itself from the screening of the Channel 4 film ‘No Fire Zone: to be telecast in Geneva at the UN premises today.

In response to a protest lodged by Permanent Representative of Sri Lanka to the UN Ambassador Ravinatha Aryasinha last Monday, which was followed up with a meeting on Tuesday, the President of the UN Human Rights Council Ambassador Remigiusz A. Henczel in a letter dated 27th February 2013, has observed that such events “do not reflect an official position of the Council.

Sri Lanka lodged a formal protest against the screening of the latest Channel 4 film.

In his letter addressed to Ambassador Remigiusz Henczel, President of the Human Rights Council, Ambassador Aryasinha had observed that, “Sri Lanka views this film, as well as the timing of its broadcast as part of a cynical, concerted and orchestrated campaign that is strategically driven, and clearly motivated by collateral political considerations.

Meanwhile, The National Organisations' Alliance says that the current deadly trap set up against the Government was a very decisive moment.

Participating at a seminar organised by said the Alliance in Colombo yesterday Patriotic National Movement Secretary Dr. Vasantha Bandaara elaborated on the matter as follows