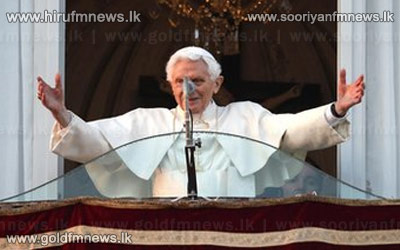 Pope Benedict the 16th has officially resigned, saying that he now "will simply be a pilgrim" starting his last journey on earth.

The pontiff, aged 85, was earlier flown by helicopter from the Vatican to his retreat at Castel Gandolfo, near Rome.

The college of cardinals, headed by Cardinal Tarcisio Bertone, is now in charge of the world's 1.2 billion Roman Catholics until a new pope is elected.

Benedict vowed "unconditional obedience and reverence" to his successor.