More details will be revealed with regard to the acid attack on the NCP Ayurveda Commissioner; Says Minister Salinda. 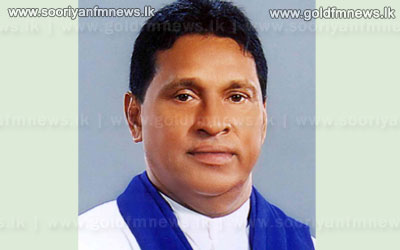 The police state that they have identified the 3 suspects in connection to the acid attack carried out on the North Central Provincial Ayurveda Commissioner Dr. Kumara Alwis.

Police sources stated that the attack was carried out based on a contract issued by another Ayurveda doctor in the North Central province itself.

Investigations have revealed that the ayurveda doctor who is the suspect was not in good terms with the North Central Provincial Ayurveda Commissioner Dr. Kumara Alwis concerning an issue regarding positions and designations.

Minister of Indigenous Medicine Salinda Dissanayaka stated that all the detils with regard to the acid attack will be revealed in the near future.

Meanwhile Anuradhapura Chief Magistrate Ruwandika Marapana instructed the police to provide a progress report regarding the investigation when the case was taken up for hearing yesterday.