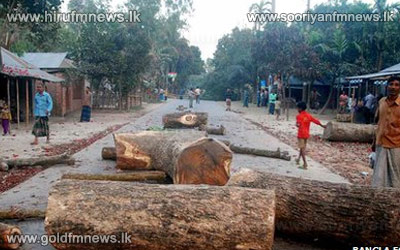 At least 30 people have died in clashes in Bangladesh sparked by a death sentence handed to a senior Islamist leader for war crimes.

A tribunal sentenced Delwar Hossain Sayeedi to death for crimes including murder, torture and rape during the country's 1971 war of independence.

The verdict was cheered by his opponents but supporters of his Jamaat-e-Islami party clashed with police.

Jamaat say that the tribunal is biased against the party.