Navaneethan Pillai harks back at UN 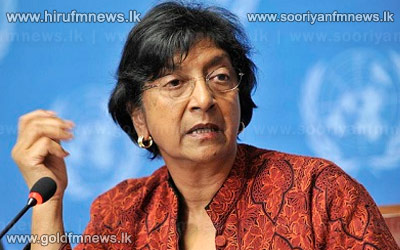 The UN High Commissioner for Human Rights Navi Pillay, speaking at the UN Human Rights Council after submitting her annual report for 2012, said she welcomed the release of the report of the internal review panel on the United Nations actions in Sri Lanka during the last phase of the conflict.

Pillay said that the report released last year concluded that there was a systematic failure on the part of the United Nations.

She said It is a powerful reminder that the United Nations, has a duty to live up to the principles and standards.

The Panel, set up by UN Secretary-General Ban Ki-moon, highlighted in particular the roles played by the Secretariat, the agencies and programmes of the UN Country Team, and the members of the Security Council and Human Rights Council in the final months of the conflict.