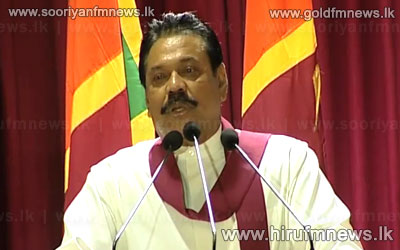 President Mahinda Rajapaksa states that if expatriate university lecturers do decide to arrive in Sri Lanka, the government would provide them with concessions.

President Rajapaksa's comments in this regard came while addressing the progress review meeting which was held at the Ministry of Higher Education today.

According to an agreement reached upon with the University Grants Commission, university lecturers who leave the country in order to serve in foreign countries are required to make a payment upon their arrival to the country.

However President Rajapaksa speaking today noted that steps would be taken to offer concessions in future.

Moreover Presidenmt Mahinda Rajapaksa also instructed officials to take steps to resolve issues faced by medical students arriving from foreign countries who are found unsuccessful during the examination conducted by the medical council.

Moreover Minister of Higher Education S.B. Dissanayeke quoted the following reasons which were attributed to delays in enrolment of university students this year.