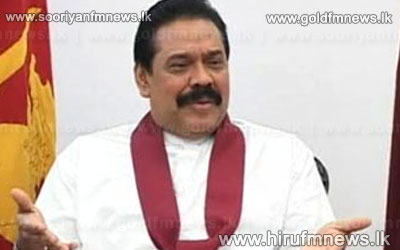 President Mahinda Rajapaksa in an interview with India's Hindu news paper has denied that the Army had killed the12-year-old son of LTTE chief Prabhakaran.

In an exclusive interview with the Hindu President Rajapaksa has completely denied the charges and has strictly shorn off any military involvement.

On new evidence of alleged war crimes during the final stages of the war in 2009, collated by international organizations and media outlets, President Rajapaksa has states that putting out such reports and videos was the job of such organizations.

Asked whether the government would hold the Northern provincial elections in September, President Rajapaksa had affirmed this.

Referring to Sri Lanka’s relations with India following the 2012 vote in Geneva, President Rajapaksa had added that there were many incidents to show that the relationship between both countries were still good.