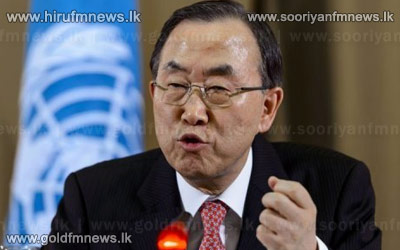 The UN chief and his Syria envoy said they are prepared to broker peace talks between the regime and opposition, as Damascus ally Iran said Bashar al-Assad would stand again for president in 2014.

The UN said they met after both sides in Syria had indicated a "willingness to engage in dialogue.