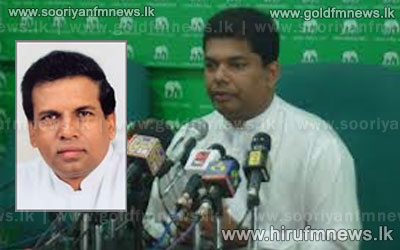 The United National Party today called into question the government’s stance with regards to the recent statement made by Minister Maithreepala Sirisena in which he mentioned threats to the safety of his life.