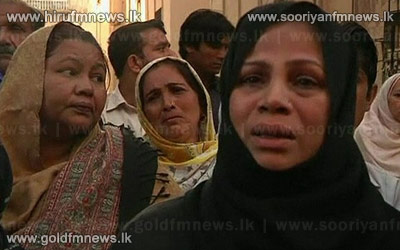 The Pakistani city of Karachi is in mourning after a powerful bomb ripped through a mainly Shia Muslim area, killing at least 45 people.

Schools and businesses are closed after a strike was called to protest against the attack in Abbas Town.

No group has yet said it planted the bomb, which went off near a mosque as worshippers left evening prayers.

Pakistan's Shia minority are the target of frequent sectarian attacks from Sunni militant groups. At least 150 people were wounded by the blast.