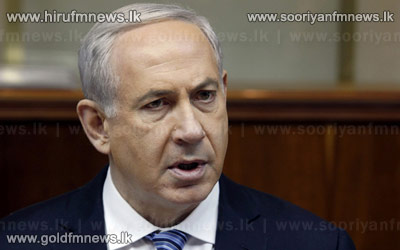 Speaking via satellite link from Jerusalem to an influential pro-Israel lobby group, the remarks reiterated Netanyahu's apparent impatience with the policy of leading nations to use sanctions to suppress Iran's atomic ambitions.

Instead, the comments seemed to underscore Netanyahu's desire to see Tehran face a more robust military threat, in the wake of talks last week between the world's top powers and Iranian negotiators on the disputed nuclear program.