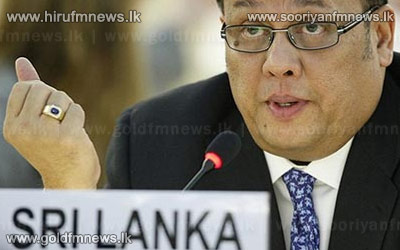 Navi Pillai, during the inaugural session of the UN Human Rights Council session as well as yesterday had raised the topic of Sri Lanka within the council.

However Minister Mahinda Samarasinghe against this backdrop had stated that he does not require a separate audience with UN Human Rights Chief Navi Pillai, since he had clearly expressed the countries stance to the OHCHR during his speech.

The Universal Periodic Reviews with concern to Sri Lanka is due to be presented in Geneva on the 15th of this month.

Speaking further Minister Mahinda Samarasinghe noted that he would be heading for Geneva next week to take part in the UPR.

Still in related developments protests are currently underway in Chennai & New Delhi urging the Indian centre to lend its assistance to the US sponsored resolution against the island.

These protests are being spearheaded by pro-LTTE factions in Southern India.