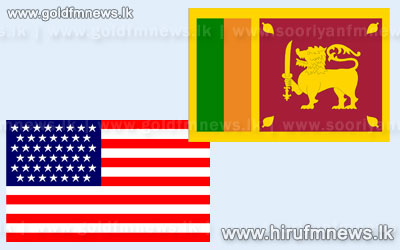 The government informed the UN Human Rights Council today, that in Sri Lanka, all are equal before the law and are entitled to the equal protection of the law.

The Sri Lankan delegation at the Council also said that the government condemns acts of intimidation or reprisal alleged to have been committed against civil society in the country.

The delegation said this while speaking at the UN Human Rights Council session in Geneva today during the interactive dialogue on the promotion and protection of all human rights, civil, political, economic, social and cultural rights, including the right to development.

Meanwhile a host of issues ranging from demand for President's rule in Uttar Pradesh over "deteriorating" law and order to the plight of ethnic Tamils in Sri Lanka rocked Parliament today.

It is reported that that Lok Sabha was unable to transact any business as it was adjourned for the day-after one adjournment, while Rajya Sabha witnessed two adjournments.

According to the Press Trust of India the Lok Sabha is likely to have a discussion on the Sri Lankan Tamil migrant issue on Thursday under a rule which does not entail voting.

In an attempt to mount pressure on the Government, MPs of the DMK, a major partner of the ruling UPA, today attended House proceedings wearing black shirts after staging a protest inside the Parliament House complex.

Meanwhile the United States says its policy on Sri Lanka has changed after the government failed to show progress on addressing human rights related issues.

US Assistant Secretary of State for Democracy, Human Rights, and Labor Michael H. Posner, speaking at the Council on Foreign Relations said that in 2009 there was a reluctance to challenge some of the issues which were going on in Sri Lanka.

Posner confirmed reports that this year's resolution will be revived and revised at the ongoing session of the UN Human Rights Council.

Meanwhile the President's Special Envoy for Human Rights Minister Mahinda Samarasinghe has stated that he does not require a separate audience with UN Human Rights Chief Navi Pillai, since he had clearly expressed the countries stance to the UNHRC during his speech.

Meanwhile DMK leader M K Stalin and thousands of party workers were arrested today when they attempted to picket before the Sri Lankan Deputy High Commission in Chennai, demanding a probe against the Lankan government over alleged war crimes.