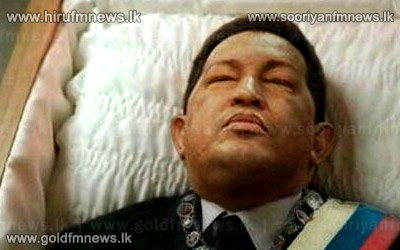 Venezuela's President Hugo Chavez has died, his vice-president has announced.

Chavez had been seriously ill with cancer for more than a year, undergoing several operations in Cuba, and had not been seen in public for several months.

Nicolas Maduro made the announcement last evening, flanked by political and military leaders.

Earlier, he said the 58-year-old Venezuelan leader had a new, severe respiratory infection and had entered "his most difficult hours".