A migrant smuggled to Canada aboard MV Sun Sea wanted 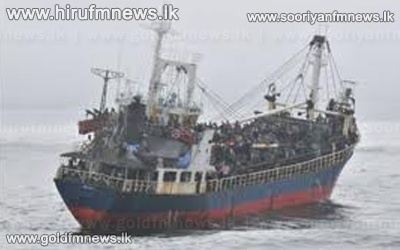 A migrant smuggled to Canada aboard the freighter MV Sun Sea is wanted on a nationwide arrest warrant after he failed to show up for his deportation three weeks ago.

Although the Sri Lankan man’s refugee claim had been denied and his appeal to the courts had been rejected, the Canada Border Services Agency agreed to release him from custody five days before he was to be deported.

When he didn’t turn up for his scheduled removal, the CBSA issued an arrest warrant on February 13th

Organized by a Sri Lankan smuggling syndicate that charged passengers hefty fees, the Sun Sea sailed from Thailand, arriving off the British Columbia coast in August 2010.