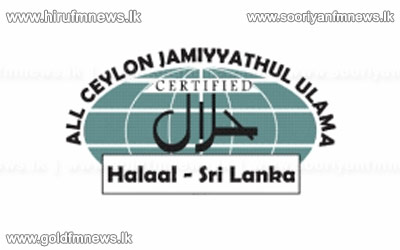 The Secretary of the Muslim Forum Asiz Nisar-deen states that members of the forum have received death threats after expressing a view that was against that stated by the All Ceylon Jamiyyathul Ulama association regarding the Halal Certification.

He further stated that he will lodge a complaint with the Criminal Investigation Department regarding this.

Meanwhile, speaking at a press conference held in Colombo today Minister Patali Champika Ranawaka stated that by selling the Halal certification the All Ceylon Jamiyyathul Ulama has violated certain verses of the holy Quran.

Although we tried to reach a representative of the All Ceylon Jamiyyathul Ulama association to obtain its view on these various allegations but it was to no avail.