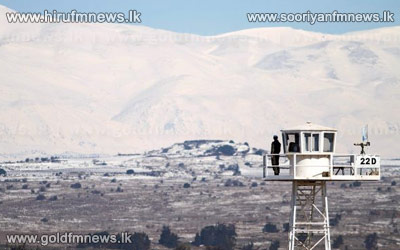 The UN has confirmed About 20 UN observers have been detained by about 30 armed fighters in the Golan Heights on the Syria-Israel border.

It said the observers were monitoring a ceasefire between Syria and Israel.

A video posted earlier on the internet showed men claiming to be Syrian rebels standing next to vehicles with the letters "UN" written on them.

The UN mission in the Golan Heights is sending a team to assess the situation and negotiate the observers' release.