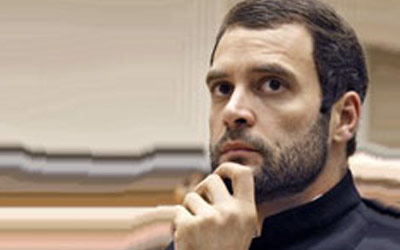 The 42-year-old leader is widely expected to be the party's candidate for prime minister in next year's general elections.

In January Gandhi was appointed as the party's vice-president. His mother, Sonia Gandhi, is the president.

Correspondents say the remarks are significant given the rising clamour among Congress party leaders to project him as the prime ministerial candidate.