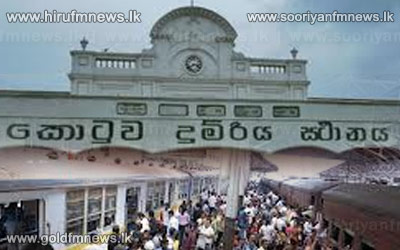 A tense situation arose at the Colombo Fort Railway station following the checking of tickets of passengers.

Railway guards boarded the Samudra-devi Office Train which was travelling to Colombo from Galle, at the Ratmalana train station.

Subsequent to checking tickets of passengers, the tense situation arose after the railway guards arrested several passengers who had purchased 3rd class tickets and were travelling in the 2nd class carriages.

The passengers that were arrested had behaved in an unruly manner after they had arrived at the fort railway station.

However, the passengers alleged that since the office train does not have 2nd class carriages, that it is illegal to detain them.

Two railway guards that were assaulted by the passengers were subsequently admitted to the Colombo National Hospital.