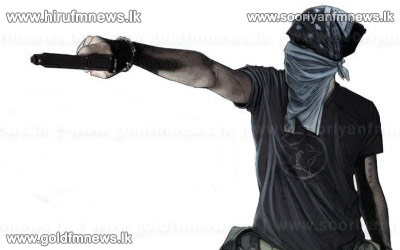 A person who had been shot at the Yatiana Junction in Minuwangoda this morning has been admitted to the Negombo hospital.

According to the Police Media Unit a group which had stalked the victim on the road had carried out the shooting.

The victim has been identified as B. Sarath Kumara a resident of Unnaruwa-Minuwangoda.

According to our correspondent the shooting is surmised to be a result of an underworld feud.

A special investigation has been launched by the Minuwangoda police regarding the incident.

Meanwhile police states that 5 persons have been shot by the landlord of a house in the Okkampitiya area in Buththala last night during a function.

The police media unit states that the victims have been admitted to the Monaragala hospital while two are said to be in a critical state.

The suspects have been placed under arrest.