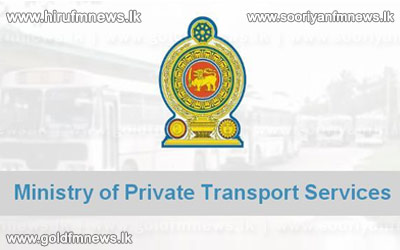 However, the Lanka Private Bus Owners Association stated that it is prepared to turn the attention of the ministry officials towards a fuel concession during today’s discussion.

Chairman of the LPBOA Gamunu Wijeratne spoke to our news team prior to the commencement of the discussion and stated the following.

A discussion took place previously between the minister of private transportation and bus associations following the increasing of price of diesel by the government.

During the discussion, the minister of private transportation services C. B. Ratnayaka requested for two weeks to take a decision in this regard.

Although bus associations were requesting for a fuel concession, sources in the private transportation services ministry stated that a bus fare amendment based on percentages calculated based on expenses will mostly likely take place.