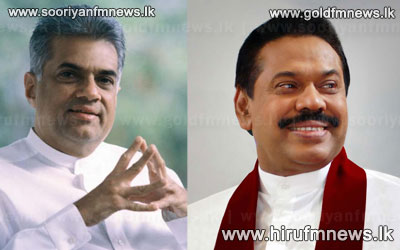 President Mahinda Rajapaksa has highlighted the importance of developing the

J.R. Jayawardhana Center into an institution at which the characters of eminent state leaders could be studied.

The President made this observation while addressing a special discussion which was held at Temple Trees today with concern to the development of the J.R. Jayawardhana Centre.

Opposition Leader Ranil Wickremesinghe as well as Speaker Chamal Rajapaksa were also present during this discussion.

The president remains the Chairman of the J.R. Jayawardhana Cultural center by law, while the leadership of the UNP is also included amongst its office bearers.

A cordial meeting was subsequently held between the President Mahinda Rajapaksa, the leader of the Opposition & Speaker Chamal Rajapaksa.