Be vigilant regarding gale winds and lightening. 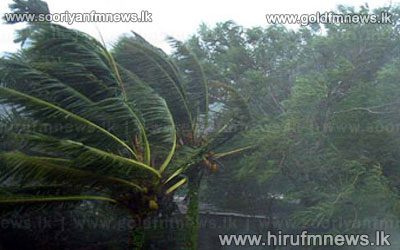 89 houses were damaged following gales winds in the Gampaha, Bandaragama and Minuwangoda regions.

The center for disaster management stated that 59 families were affected as a result.

Trees that had toppled due to gale winds had hindered train services between Weyangoda and Gampaha.

The police stated that 35 houses in the Bandaragama region were damaged due to Gale winds.

Meanwhile, the met department forecasts rain with heavy winds island wide during the afternoon and evening.

Duty meteorologist Channa Rodrigo stated that since there is a possibility of strong lightening storms occurring, the public should be vigilant regarding this.