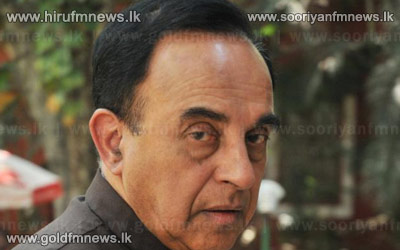 India's Janatha Party leader Dr. Subramanian Swamy has warned the United States that its resolution against Sri Lanka in Geneva may be viewed as a victory of the divisive forces close to the Tamil Tigers that could revive the separatist agenda of the LTTE.

Dr. Swamy, who met Assistant Secretary of State for South and Central Asia Robert Blake, conveyed his point of view on the American move to introduce the resolution at the ongoing UN Human Rights Council session.

Noting that this is his personal initiative, Swamy, during his nearly hour long meeting with the State Department officials in Washington, cautioned the US that the resolution should not be seen as a victory of the “divisive” forces close to ‘Liberation Tigers of Tamil Eelam’ as that could result in the revival of the LTTE, which is not in the interest of anyone.

Dr. Swamy has further requested of the Obama Administration to undertake bilateral consultations with Colombo to work out a consensus on the draft of the alleged human rights violations in Sri Lanka which has been tabled at the UNHRC in Geneva.