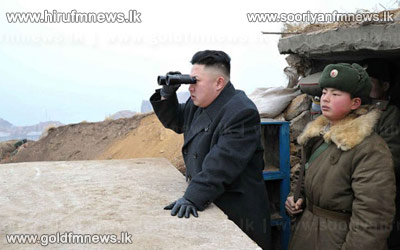 An enraged North Korea responded to new UN sanctions with fresh threats of nuclear war yesterday, vowing to scrap peace pacts with South Korea as it upped the ante yet again after its recent atomic test.

The United States warned the comments were "not helpful" and said tearing up peace agreements unilaterally would carry no legal weight.

Pyongyang is renowned for its bellicose rhetoric, but the tone has reached a frenzied pitch in recent days, fuelling concerns of a border clash with both North and South planning major military exercises next week.