Electricity tariffs to be increased 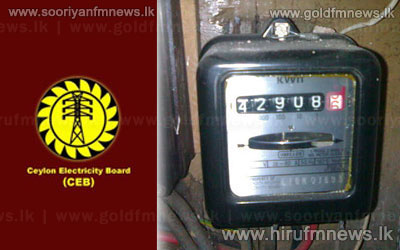 The Public Utilities Commission warns of an impending increase in electricity tariffs.

Chairman of the PUC Dr. Jayathissa De Costa expressing his views to our news team noted that proposals in this regard had already been intimated to the PUC, by the Ceylon Electricity Board.

Meanwhile the PUC is engaged in obtaining the public’s views on increase of electricity tariffs.

The PUC’s Chairman noted that a final decision safeguarding both the interests of the public & the CEB would be unveiled in conclusion.

Meanwhile the Combined Trade Union of the CEB states that the board is engaged in fulfilling its own agenda through the increase of electricity tariffs.

Operations Committee member of the CEB’s CTU Ranjan Jayalal expressed the following views in this regard.