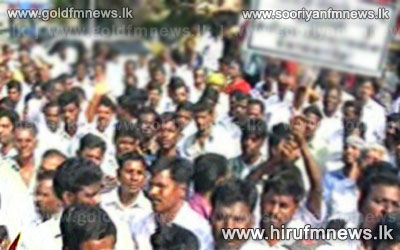 A group of students in a leading Chennai college have commenced a fast-unto death campaign stating that the Indian centre should back the United States sponsored resolution against Sri Lanka during the United Nations Human Rights Council currently underway in Geneva.

However Leader of the D.M.K. Party Muththuvwil Karunanidhi who had arrived at the location had urged protesters to abandon the campaign.

But despite these calls the students aided by their parents had continuously engaged in the protest.

Moreover ‘Suram’ a body advocating human rights in Malaysia has called on the countries government to vote in favor of the US sponsored resolution against Sri Lanka during the United Nations Human Rights Council session.

Suram’s Chairman K. Arumugam in a press statement today had stated that Malaysia should vote for the resolution against Sri Lanka due to increasing attacks on mosques

It also notes that since the UN resolution last year there have been at least eight attacks on mosques and countless protests organized by Buddhist organizations.

Meanwhile addressing a function held in Matara today, Minister of Investment Promotion Lakshman Yapa Abeywardhana states that despite the numerous human rights violations committed, the international community has failed to condemn the U.S.

However expressing his views to our news team recently, Presidents Special human Rights Envoy Minister Mahinda Samarasinghe expressed the following views with regards to the future course of action Sri Lanka would adopt in the face of the U.S. sponsored resolution at the United Nations Human Rights Council in Geneva.