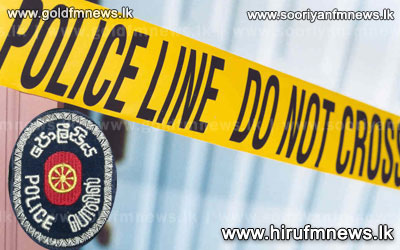 The Defender that was used during the 10 million robbery in Slave Island on the 12th of February has been taken in to police custody.

Police Media Spokesperson SP Buddhika Siriwardana stated that the vehicle was found from a house in the Thimbirigasyaya area.

7 suspects in connection with the incident were arrested day before yesterday including 3 police officers.

They are being held under detention orders as investigations continue in to the theft.

A businessman carrying 10 million Rupees obtained from a bank had been stopped by an individual clad in clothing similar to a police uniform in Nawam Mawatha on the 12th.

It was then that a group in a defender had arrived and carried out the theft.